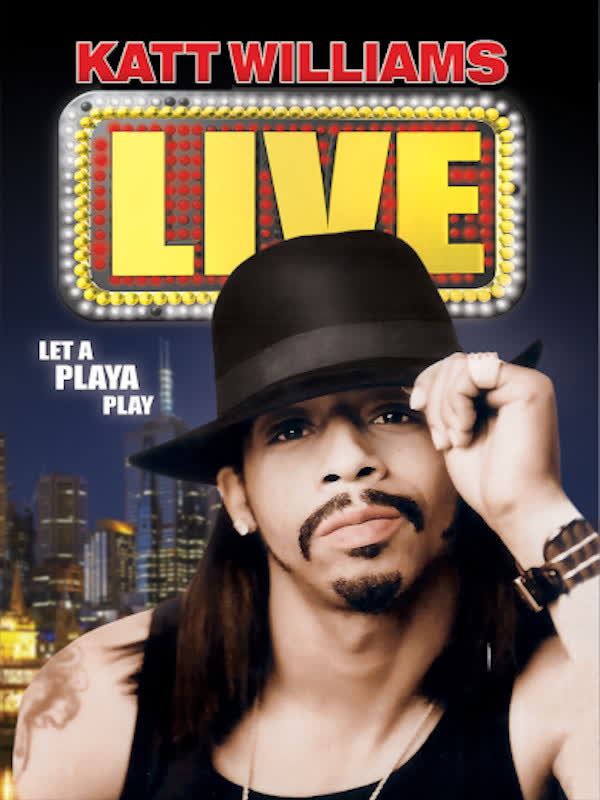 Katt Williams, who got his big break as the scene-stealing fast-talking pimp Money Mike in the film Friday After Next, currently plays "A Pimp Named Slickback" on the Adult Swim animated TV series The Boondocks and appears in MTV's Nick Cannon Presents: Wild 'N Out. Not only is he one of todays fastest-rising actors, he's also one of the hottest comedians. Returning to his hometown of Cincinnati, Williams says and does exactly what he feels, provoking nonstop laughter on everything from sex, relationships and parenthood to his shattered LA illusions. Williams connects with his audience like few other comedians as he pimps out some street-savvy advice and outrageously funny observations.